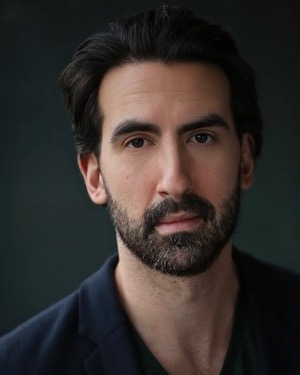 Joshua's film and TV credits include Doctors and Intergalactic Kitchen, both for the BBC and The Muppets Most Wanted for Disney.

As a native Scot, Joshua worked with the National Theatre of Scotland on The 306: Dawn. Other highlights of his theatre work include Sweeney Todd (Royal Exchange), The Magistrate (NT) and the title role in The BFG at the Birmingham Rep.

Joshua most recently played the role of Cyrus Budge in By Jeeves at The Old Laundry Theatre, directed by Alan Ayckbourn.

Joshua also has considerable audio recording experience, including work on audiobooks and radio.

Joshua's radio credits include extracts for Natural Histories (BBC Radio Four) and The Prince of Verona in Romeo and Juliet (Classical Radio Drama). His voiceover work includes work with Six to Start and Elephant Games

He recorded with Almost Tangible, playing the role of Macduff in Macbeth in a version of the play that was recorded on location in Glamis Castle in Scotland. This production has just been shortlisted for the 2020 BBC Audio Drama Awards in the category of Best Adaptation.