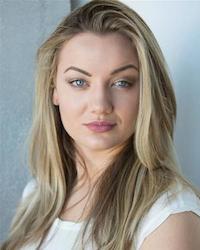 A dramatic thriller set in the Scottish highlands, the film follows two friends as they head into an isolated village for a hunting trip.

The film is directed by Matt Palmer and is produced by Alistair Clark and Anna Griffin with Wellington Films.

Calibre premiered at the 2018 Edinburgh International Film Festival and was awarded the Michael Powell Award for Best British Feature Film at the Festival.

'**** Matt Palmer’s Scottish thriller took the top honours at Edinburgh, and proves an enterprising and interesting reworking of genre conventions.' The Guardian

'There are points in “Calibre” when it might seem safer to close your eyes, but the filmmaking won’t let go that easily.' Variety

'**** A wickedly moreish slice of noir delight.' The Herald Scotland

'**** A thriller rooted in reality; edgy and tragedy.' CineVue