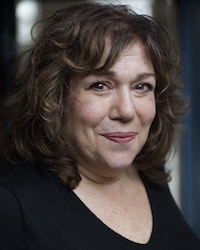 Amanda plays the role of Maeve in new Channel 4 sitcom, Derry Girls. Set in Derry in the run-up to the ceasefire, Derry Girls is a warm, funny and honest look at the lives of ordinary people living under the spectre of the Troubles, all seen through the eyes of a local teenager. The six-part series is written by Lisa McGee (Indian Summers, London Irish, Being Human) and directed by Michael Lennox.

Maeve is Grandpa Joe's new love interest and is described as an attractive and smiley Derry-born lady who really loves a cream horn!